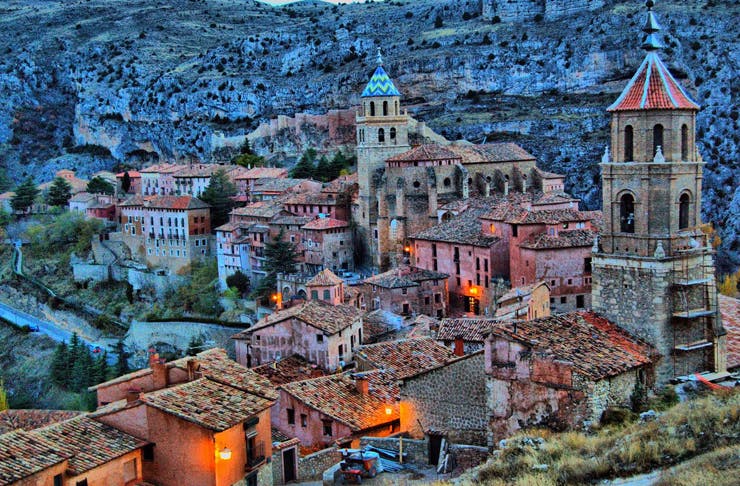 The rich architectural heritage of Spain is admired by everyone who has had the happiness to be there or just dreams about it. All nations from the Celts and Arabs to the Romans and, of course, the Spaniards themselves built this country so that today it can be called one of the most beautiful in the world. Spain is extremely rich in attractions. And if you remember what they are created not only by man but also by nature, you can come to a fair verdict – the number of them here tends to infinity. The beauty of Spanish nature explains what inspired people who were happy to build here. Let’s see what non-handmade treasures adorn this beautiful country.

The Picos de Europa Natural Park is a land of mountain beauty: rocky slopes, boiling mountain rivers, deep gorges, mysterious caves and emerald green valleys. Those who want to enjoy the beauty of these places combine contemplative relaxation with actin – rafting, climbing, horseback riding, etc. The natural park, located in the north of the country (the nearest resort is San Sebastian), can be reached by private and public transport.

The full name of this park is Torcal de Antequera. The main thing that makes this place famous is the karst formations of the most unusual shapes, located in the heart of Andalusia, near the town of Antequera. Some of the bizarre stone “statues” remember the times when dinosaurs walked the earth. What is impressive here is not only what is above the ground, but also what is under it: the tunnels and caves delight children and adults. You can get here from the town of Anteker by private and public transport.

The only desert in Europe, the Tabernas

A lot of movies were made here. Another name of this place is Almeria Desert. On the territory of 280 square kilometers you can see only lands scorched all year round by the shining sun, reminiscent of the Wild West. Many films have been shot here, now it is one of the national reserves. You can reach the Tabernas Desert from the town of Almeria in south-eastern Spain, near Málaga.

The Martian landscapes of the Tinto River Gorge

Another treasure of Andalusia is the Tinto River, which has a 5000 year history of development and the most unusual appearance. Due to the high amount of copper, silver, gold and iron in the soil, the banks and waters of the rivers are red. NASA scientists here are studying the survival of living organisms under such extreme conditions. Tourists can take a fascinating walk, but it’s not safe to take a bath. You can get to the Tinto River from Huelva.

The Dragon Caves and the underground lake

Other Mallorca treasures are no less interesting – the largest underground lake in Europe, located in the caves of the Dragon. Three large halls are connected to each other. The total length of the path through the caves is about 2.4 km. The number of stalagmites and stalactites is amazing, and crowns all this beauty, the apogee of which is Lake Martela. It is one of the largest underground lakes in the world, the largest in Europe. You can reach the caves from anywhere on the island.

If you want to live close to Spain’s most important natural attractions, you can explore house prices in majorca.

Dating sites as a way to find a soul mate »