What is a blue moon and how often does it occur? 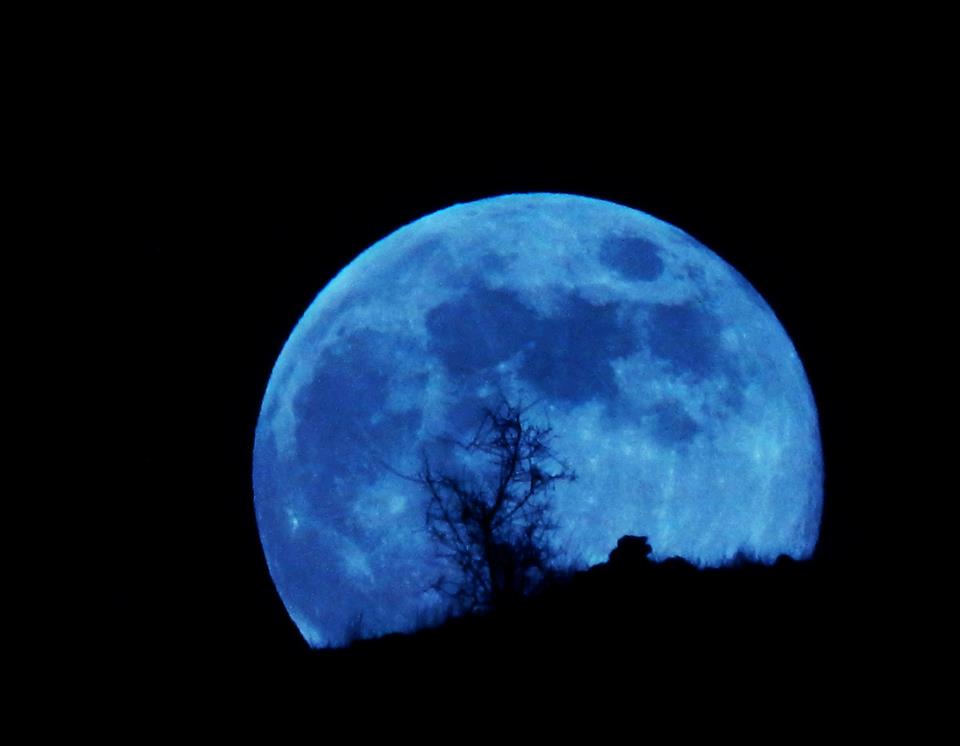 the full Moons, equinoxes and solstices fall in 2019, there are no astronomical seasons that contain four full moons and so there are no blue moons.

The second (mistaken) definition of a blue moon

Another definition of the blue moon, perhaps the more commonly used due to its simplicity, is actually a mistake, made in the 1940s and perpetuated by radio shows and the Trivial Pursuit board game through the 1980s. This definition describes the blue moon as the second full Moon in any calendar month with two full moons.

As February 2018 had no full moon in it, both January and March ended up with two full moons, so by this definition both months contained blue moons. Interestingly though, by both definitions not everywhere in the world experienced the same number or position of blue moons in a year due to different parts of the globe having different timezones but the Moon having only one moment in time when it is full.

Quite where the term blue moon came from is unclear. It may be a mispronounciation of the disused word “belewe” which means ‘to betray’. This may be a reference to the betrayal of the usual idea of having one full moon in each month or perhaps the “betrayal” by the Moon of worshippers attempting to determine the position and duration of Lent in the calendar year.

When is the next blue moon?

By the admittedly non-traditional definition of ‘blue moon’, the next blue moon takes place on 31 October 2020.

What colour is a blue moon?

Blue moons aren’t blue! Blue moons remain the same colour as any other full moon except in two rare cases. During a lunar eclipse, the Moon can turn blood red, lit only by the light that is bent around the Earth by its atmosphere onto the face of the Moon.

As lunar eclipses occur only during full moons, and blue moons are one type of full moon, very rarely a blue moon will be red! In very rare circumstances, the Moon can appear blue, but in this case it is a colour added to the Moon by viewing it through a haze of dust particles in our atmosphere, perhaps from a recent volcanic eruption. In this case, from space, the Moon will look just as grey as it always has!

« Where Do Black Rhinos Live?

Where Does The Atmosphere End And Space Begin? »