Where Does The Atmosphere End And Space Begin? 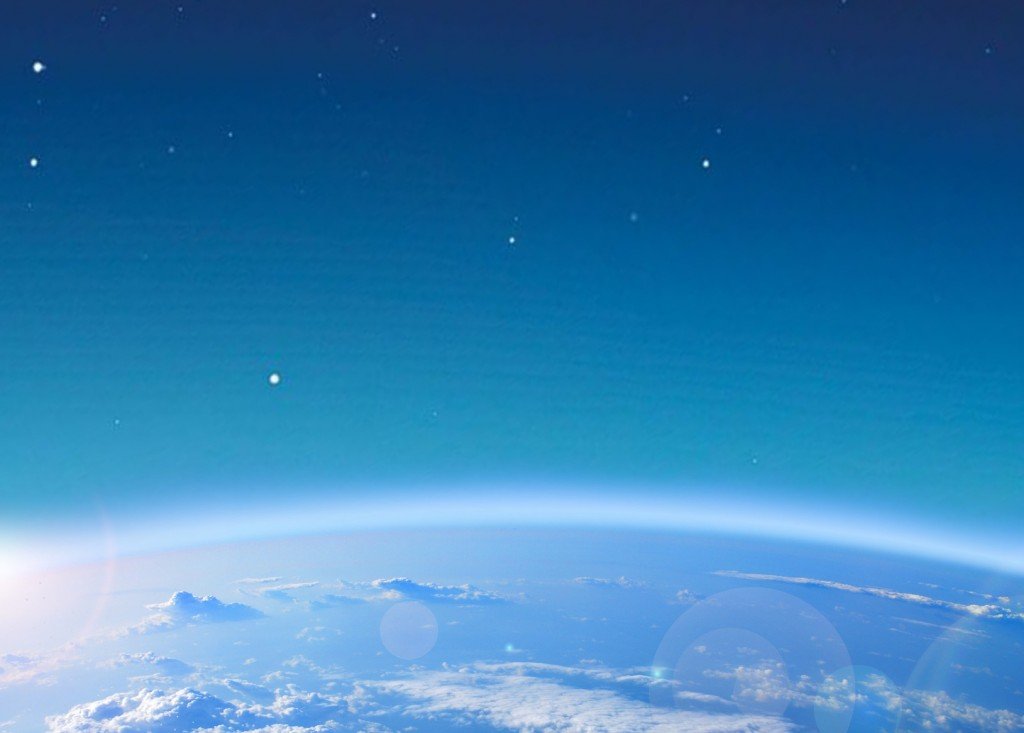 Most experts agree that space begins at the point where the orbital dynamic forces are more critical than aerodynamic forces. This is the region where atmosphere alone cannot support spacecraft at suborbital speeds.

In the early 1990s, physicist Theodore von Karman estimated the boundary as 50 miles (80km) above sea level and named the imaginary boundary; the Karman Line. However, the National Oceanic and Atmospheric Administration (NOAA) and the Federation Aeronautique Internationale (FAI) define the limit as 62 miles (100km) above sea level.

NASA, US Air Force, and the FAA recognize the boundary as 50 miles. However, NASA Mission Control recognizes the line as 76 miles because it is the point at which atmospheric drag is felt.

Countries and institutions do not agree on the definition of the Karman Line because the atmosphere does not simply vanish but becomes thinner with altitude. Earth’s atmosphere stretches for about 600 miles, so technically if space is the absence of an atmosphere, then everything within 600 miles including the International Space Station (240 miles) would not be in space.

International law and treaties define space as a region free for exploration and use by anyone, but the same cannot be said concerning the airspace above sovereign states. However, international law does not provide the exact limit of space but leaves the responsibility to governments. Lack of a universal definition may lead to the intrusion of sovereign airspace; an act that may be misinterpreted as aggression.

Despite several attempts to create an international delimitation of space, some countries including the United States have resisted the move stating that it is not necessary because no practical or legal problems have arisen in the absence of the definition. Other countries argue that establishing a distinct space boundary is crucial due to the increased number of national and private space programs.

Experts disagree on the definition of an astronaut. Some argue that the title should be awarded to those who make it into orbit while others think that the title should be granted only to professionals who have trained, traveled to space, and made significant contributions to the space industry. The rise of private space programs such as SpaceX and Virgin Atlantic has sparked a debate on who should be considered an astronaut.

Some NASA experts say that there is a difference between performing a suborbital flight and a 6-month orbital mission and paying for a 5-minute suborbital flight. Other space researchers claim that the Karman Line demarcates the dividing line between who is and who is not an astronaut. Regardless of whether you command an interplanetary spacecraft or a passenger in a 10-minute sub-orbital flight, you are both astronauts.

The widely accepted boundary between the atmosphere and space is 62 miles above the sea level, but in 2018 astrophysicist Jonathan McDowell suggested that the edge of space should be 12 miles lower. McDowell argues that the Karman Line used today is as a result of decades of misinterpretation of information that does not account for orbital data.

As an astrophysicist, McDowell recorded and stored data of every rocket launch from Earth and calculated the lower edge of space. During the study, the researcher also collected data from the North American Aerospace Defense Command that oversees the airspace above Canada and the United States.

He studied 50 satellites below the Karman Line and realized that each of them completed more than two full rotations around the planet. McDowell concluded that the physics of space was still in play well below the Karman Line. He applied a mathematical model and determined that a spacecraft broke off from its orbit at about 55 miles and became irrecoverable once it fell below 50 miles. For this reason, McDowell concluded that the lower edge of space should be 50 miles above sea level.

The Impacts Of McDowell Study

If space is 20% lower than we currently think, it will not change the way humans live, rockets are launched, or any physical interaction with space, but it is likely to generate political and territorial disputes.

The airspace above a sovereign state is considered part of the country, and without a clear definition of space, the likelihood of flying a satellite into space and triggering a political and military dispute is high.

« What is a blue moon and how often does it occur?

Interesting facts about the Moon »