When is the next transit of Mercury? 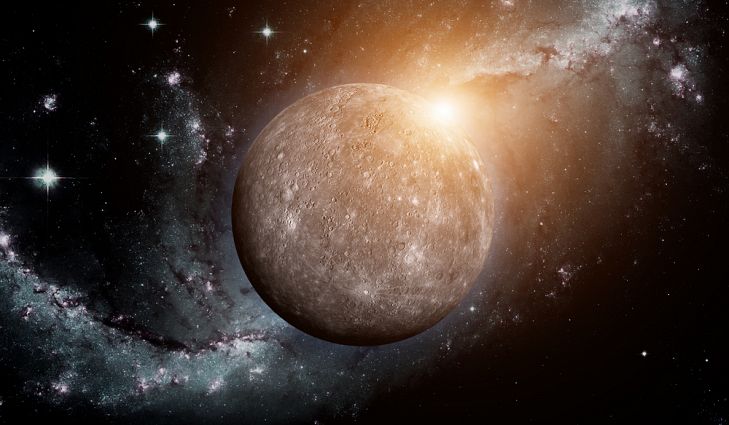 What is the transit of Mercury?

A transit occurs when one object in the sky appears to cross the face of another.

The transit of Mercury is when the planet Mercury crosses directly between the Sun and the Earth, blocking out a small part of the Sun’s rays. During the transit, Mercury appears as a tiny black dot moving across the disc of the Sun.

How often do transits of Mercury occur?

Transits of Mercury take place on average around 13 times per century either in May or November according to Royal Observatory Greenwich astronomer Tom Kerss.

“Although Mercury overtakes us several times per year on its relatively quick journey around the Sun, we don’t see transits every time, because Mercury’s orbit is quite highly inclined relative to that of the Earth,” he explains. “Fortunately, transits of Mercury are considerably more common than transits of Venus. The next Venus transit won’t occur until 2117.”

When is the next transit of Mercury?

The next transit of Mercury will be visible in the UK on 11 November 2019. The transit will begin at around 12.30pm and will continue throughout the afternoon. Mercury will be closest to the centre of the Sun as seen from London at 3.19pm, although timings for other parts of the country may vary.

How long will the transit of Mercury last?

The 2019 transit of Mercury will last around five and a half hours, although the Sun will have set in the UK before the transit is complete.

Following the November 2019 transit, the next transit of Mercury will not occur until 13 November 2032.

Where will the transit of Mercury be visible?

As well as the UK, many parts of the world will be able to see at least part of the transit of Mercury, including much of Europe, Africa and North and South America.

How to watch the transit of Mercury

WARNING: observers should never look directly at the Sun. Permanent eye damage can result. You will not be able to see the transit of Mercury through eclipse glasses.

Bceause Mercury is so small relative to the Sun, it is not possible to observe and photograph the transit of Mercury without the use of a telescope or long camera lens. These must have special solar filters fixed securely in place, in order to observe the Sun safely and avoid damaging your equipment.

When was the last transit of Mercury?

The last transit of Mercury took place on 9 May 2016. The Royal Observatory Greenwich broadcast a live stream of the event as seen through the Great Equatorial Telescope.

The history of the transit of Mercury

German astronomer Johannes Kepler was the first to predict that a Mercury transit would occur. He calculated that both a transit of Mercury and a transit of Venus would take place in 1631, and issued a notice to fellow astronomers in 1629 asking them to observe the phenomenon.

Sadly, Kepler died the following year, but his predictions proved accurate: on 7 November 1631, French astronomer Pierre Gassendi became one of the first people to witness a transit of Mercury.

Future observations of the transit would prove just as momentous. On 7 November 1677, Edmund Halley, who would later become Astronomer Royal in Greenwich, watched the transit of Mercury from St Helena, and later realised that transit observations would be instrumental in measuring the distance between the Earth and the Sun.

On 6 May 1753, third Astronomer Royal James Bradley observed the transit of Mercury, and later published a detailed account as part of his astronomical observations from the Royal Observatory in Greenwich.

During Captain James Cook’s expedition to observe the transit of Venus, English astronomer Charles Green also observed the transit of Mercury on 9 November 1769 from New Zealand.

“Green noticed that Mercury’s disc appeared very sharp in comparison to that of Venus, determining that it had little or no atmosphere,” Royal Observatory astronomer Tom Kerss explains.

The science of the transit of Mercury

Transits of Mercury continued to provide important scientific data well into the 20th century. In 1914 astronomers at the Royal Observatory made a careful study of the transit in order to determine whether Mercury had any moons.

“In failing to find one, they essentially proved that Mercury has no Moon, something that would have been difficult to observe directly, but relatively straightforward to see in the case of a transit,” astronomer and Insight Investment Astronomy Photographer of the Year judge Kerss says.

Today the transit remains an important scientific phenomenon, which could even assist astronomers searching for ‘exoplanets’ – planets beyond our Solar System.

“When Mercury crosses the face of the Sun, it actually makes a very small impact on the brightness of the Sun,” Kerss says. “We can use this information to train ourselves to spot planets in transit in front of other stars.”

While these transits are too far away to observe directly, the planet’s influence on the brightness of its star can be recorded and analysed.

“Furthermore,” adds Kerss, “by looking at the profile of Mercury as it goes in front of the Sun, we can learn about the Mercurian atmosphere. As telescopes become larger and more powerful in the future, we will be able to turn this understanding to other solar systems, and try to profile the atmospheres of other rocky planets close to their parent stars. This, perhaps, could be crucial if we’re ever going to find out if there is another Earth out there orbiting another star.”

How big is Mercury?

The planet Mercury is the smallest and nearest planet to the Sun in the Solar System.

The planet Mercury is the closest planet to the Sun and with a diameter of 4,880 km it is also the smallest – its mass is just 6% of Earth.

It orbits the Sun in a markedly elliptical orbit in just 88 days but it rotates once every 59 days. In other words, it rotates on its axis just three times for every two orbits of the Sun making its days and years very different to those on Earth. Mercury has no moon.

The first spacecraft to visit the planet was Mariner 10 which left Earth in 1973 and made three flybys of the planet in 1974. Taking over 2,800 photos it managed to photograph around 45% of the planet’s surface.

NASA’s Messenger mission began orbiting the planet in 2011. In 2015 it was deliberately crashed into the planet after years of study. Almost the entire planet has now been imaged, revealing a surface that has been shaped both by extensive volcanism and impacts.

The surface looks very like that of the Moon with many craters of very different sizes and lava plains called maria.

There are also shallow cliff-like structures, which are not seen on the Moon, believed to result from wrinkling of the surface as the planet cooled and shrank. The largest craters on Mercury are well preserved and as they are probably about 3 or 4 billion years old, indicate that there has been no migration of plates (like we see on the Earth) since then.

How hot is Mercury?

As Mercury is so close to the Sun it has very high mid-day temperatures, approaching 450°C. However it has almost no atmosphere to retain the heat, so night-time temperatures dip as low as -180°C.

The planet Mercury has a small magnetic field, which is evidence that it probably has a large nickel-iron core.

Mercury has no seasons, as the Earth and Mars have. Instead it has a seasonal variation with longitude on the planet’s surface. The longitudes near 0° and 180° receive two and a half times as much radiation overall as do those near 90° and 270°.

Is there water on Mercury?

The planet Mercury’s axis is almost perpendicular to the plane of its orbit around the Sun. This means that the Sun’s rays always strike at a very shallow angle to the surface at the poles and so the floors of the deepest craters are never exposed to sunlight. Earth-based radar has detected an extremely reflective material in these regions, which may be sulphur or even water ice.

« How are black holes formed?

What is a planetary conjunction? »